The Aga Khan Palace is one of the biggest landmarks in Indian history. It is located in the city of Pune, in the state of Maharashtra. During Gandhi’s Quit India campaign in 1942, the British imprisoned Mahatma Gandhi in this palace. Nowadays, the palace is open for tourists to learn more about the life of Gandhi and enjoy the surrounding gardens. 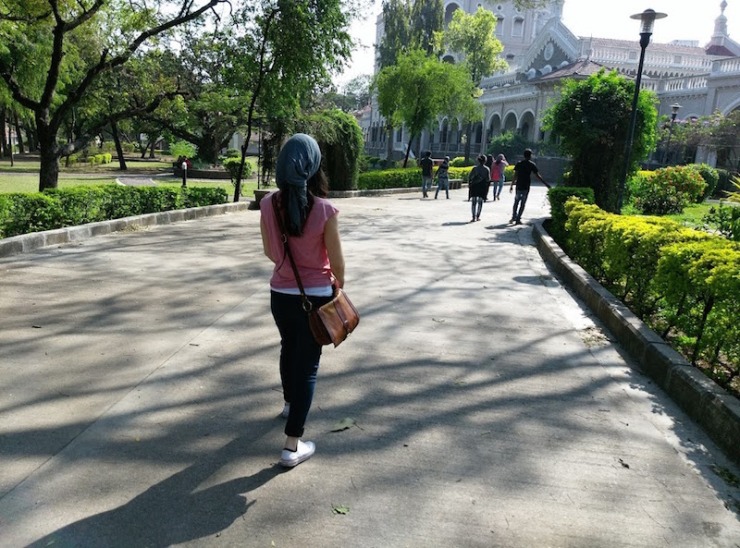 The Palace was built by Sultan Muhammed Shah Aga Khan III in 1892. Aga Khan III was elected as the President of the League of Nations in 1938. He was also well renowned in the field of politics and sports.

Later, in 1969, the palace was donated by Aga Khan IV with a humanitarian purpose. He wanted to help the poor struck by starvation in the area, and honour Gandhi and his philosophies by doing so.

During the Quit India movement in 1942, Gandhi, his wife Kasturba, and his secretary Mahadevbhai Desai were interned at the palace by the British. Kasturba and Mahadevbhai passed away while in captivity at the Aga Khan Palace. 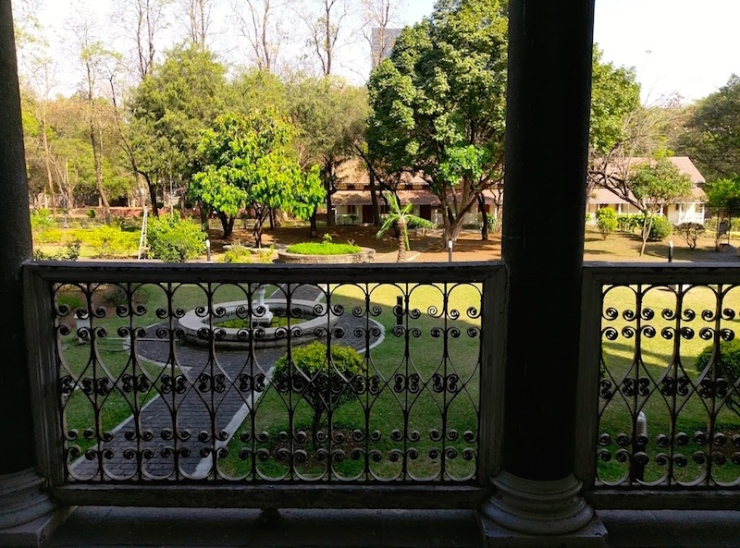 Because of Gandhi’s work and philosophy, the palace stands as a symbol of the Indian Freedom Movement.

And in 2003, the Archaeological Survey of India (ASI) declared the Aga Khan Palace as a monument of national importance.

The Quit India Movement was a movement against the British occupying India. Gandhi and the All-India Congress Committee in 1942, launched this campaign during World War II. They demanded an end to the British Rule in India.

While the missions were failing, Gandhi made the statement to “do or die” in his Quit India speech. There were also protests demanding what Gandhi described as “an orderly British withdrawal from India”.

Almost everyone who was part of the INC was imprisoned without trial within hours of Gandhi’s speech.

The only foreign support came from America as President Franklin D. Roosevelt pressured Prime Minister Winston Churchill to appease some of the Indian demands.

Even though the movement was unsuccessful because the British refused to grant independence at the time, Gandhi’s efforts are still inspiring and honorable to so many people and India as a country.

The Palace Today as a Tourist Attraction

Today, the main palace and its grand gardens are open for visitors.

The palace is captivating with its Italian arches, grand architecture, and spacious green lawns. It took 5 years and an estimated budget of ₹1.2 million (US$19,000) to complete, and it covers an area of 19 acres (77,000 m2). 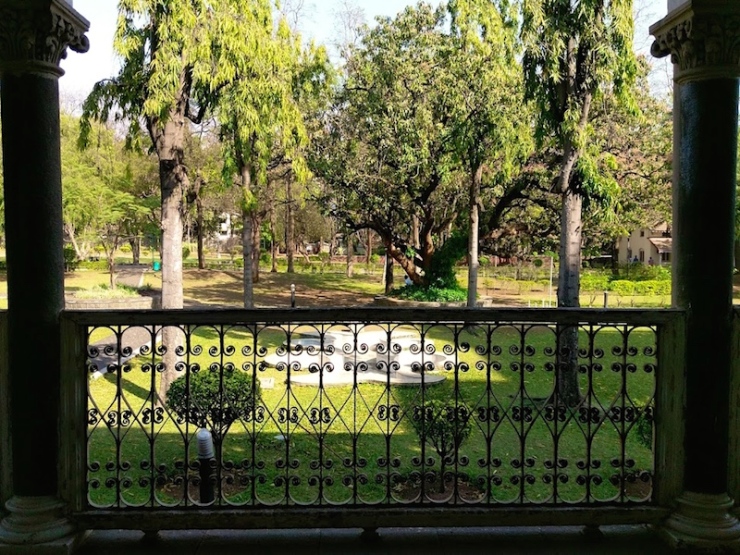 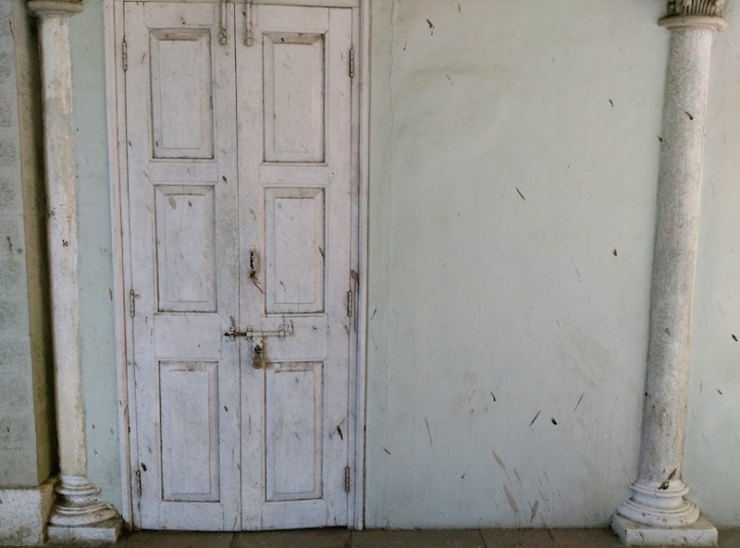 Here, you can peek into the room where Gandhi used to stay and check out the exhibits with photos, paintings, and sculptures about his incredible life.

In the museum exhibits, you’ll find photos depicting important events during the freedom movement and things that Gandhi used during his stay including utensils, desks, clothes, and shoes.

You can also see the room where Kasturba, Ghandiji’s wife, took her last breath, their dining table, and the room where Gandhi taught science to his granddaughter. And there are also letters and paintings to explore. 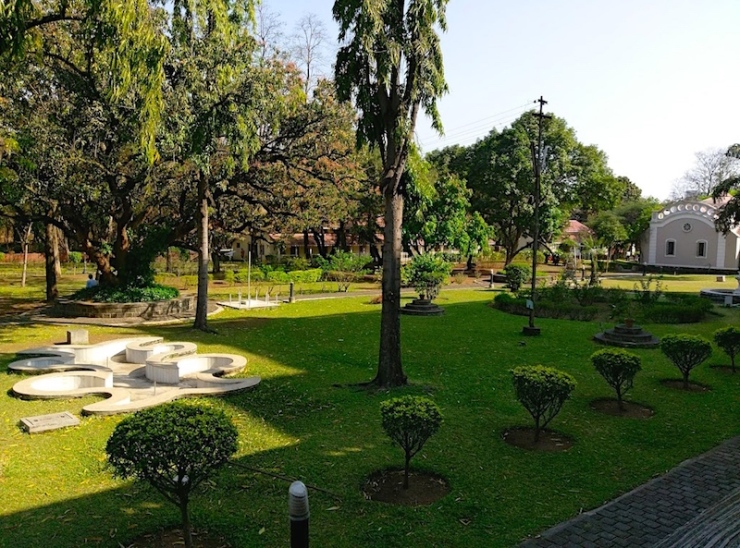 Many locals come visit just to hang out in the gardens and relax. It’s a common sight to see couples lying on the grass and relaxing within nature.

Additionally, thousands of visitors every year come to pay homage to the shrines, memorials, and samadhis that are here.

The palace also served as a filming location for the famous movie “Gandhi”. 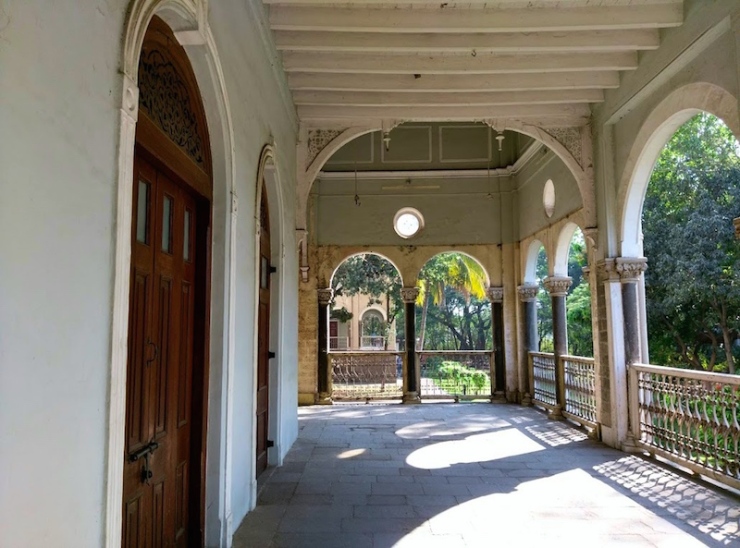 One of my favourite things to do here was walking the corridors and hallways of the palace.

I enjoyed seeing the bright green of the gardens through the arches, the pronounced shadows covering the floors, and the interesting architecture and doors along the path. It’s definitely a fun place to photograph if you’re into lines and patterns, symmetrical and asymmetrical, and architectural lines.

Also here, in a quiet area in the gardens, you’ll find the Gandhi National Memorial. This is where his ashes are kept. You can also find the shrines containing the ashes of Gandhi’s wife and his secretary, both who died in the Aga Khan Palace while in captivity.

We came to the palace not knowing anything about it. Since we had a few hours to kill in Pune, we checked Google Maps to see what was in the area. The Aga Khan Palace stood out and we spontaneously decided to go check it out.

When we suddenly come across THE Gandhi’s ashes, we were very surprised. And we were perplexed as to why this isn’t more commonly known or why the tomb was “naked” without flowers or garlands. Later, we figured that ashes and tombs aren’t honoured in India in the same way that they are in the west. People are honoured in other ways, like building temples or sculptures or other such things. It might be a religious thing. 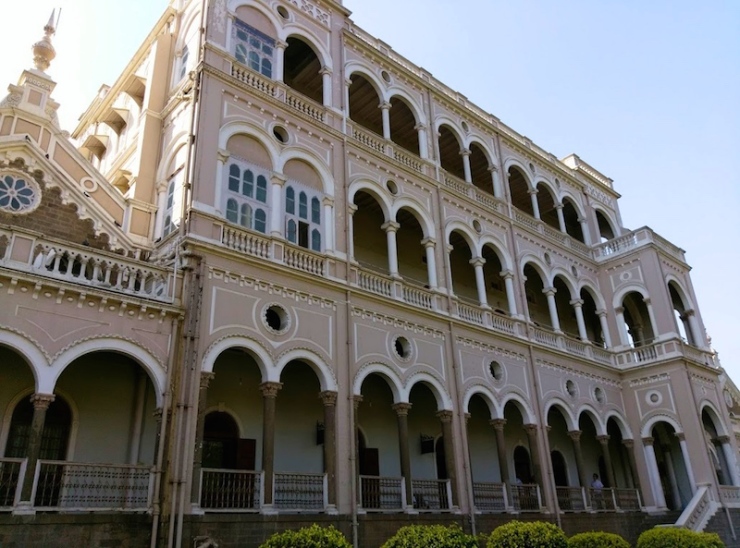 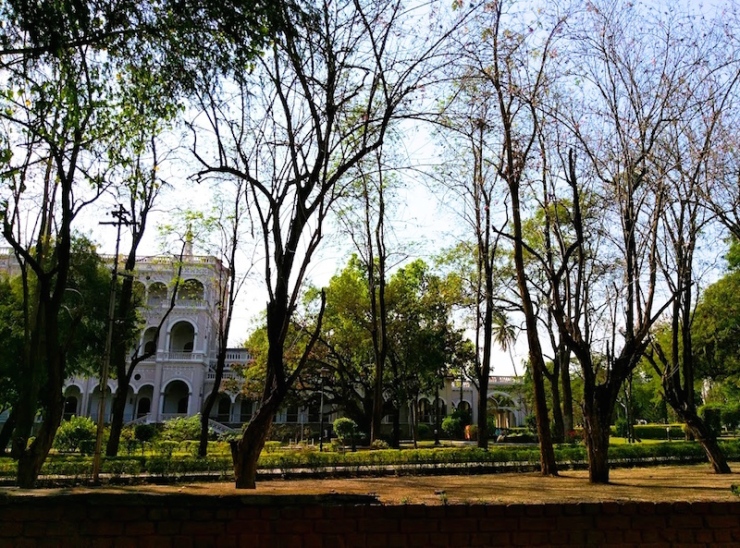 Will you visit the Aga Khan Palace next time you’re in Pune?  Have you ever been? What other historical landmarks would you say are a must visit in India?