Did you know that Coriander and Cilantro are the same thing? Read on…

During my Indian cooking experience as an observant, I wanted to learn the names of the ingredients in Marathi and Hindi. One of the first ingredients I learned was kothimbir, green herbs that are used in my house pretty much daily. I smelled them, and they smelled just like cilantro to me.

I had also bought some coriander powder, which was labeled as dhania in Hindi and it’s just ground coriander seeds.

I did not make the connection at first because the kothimbir leaves I saw looked like this:

Instead of this (which is what cilantro looks like to me):

But they are the same thing.

When I lived in the US, cilantro was always a leafy herb, and coriander a powder that is ground from the coriander seeds.

It turns out that they both come from the same plant: coriander. 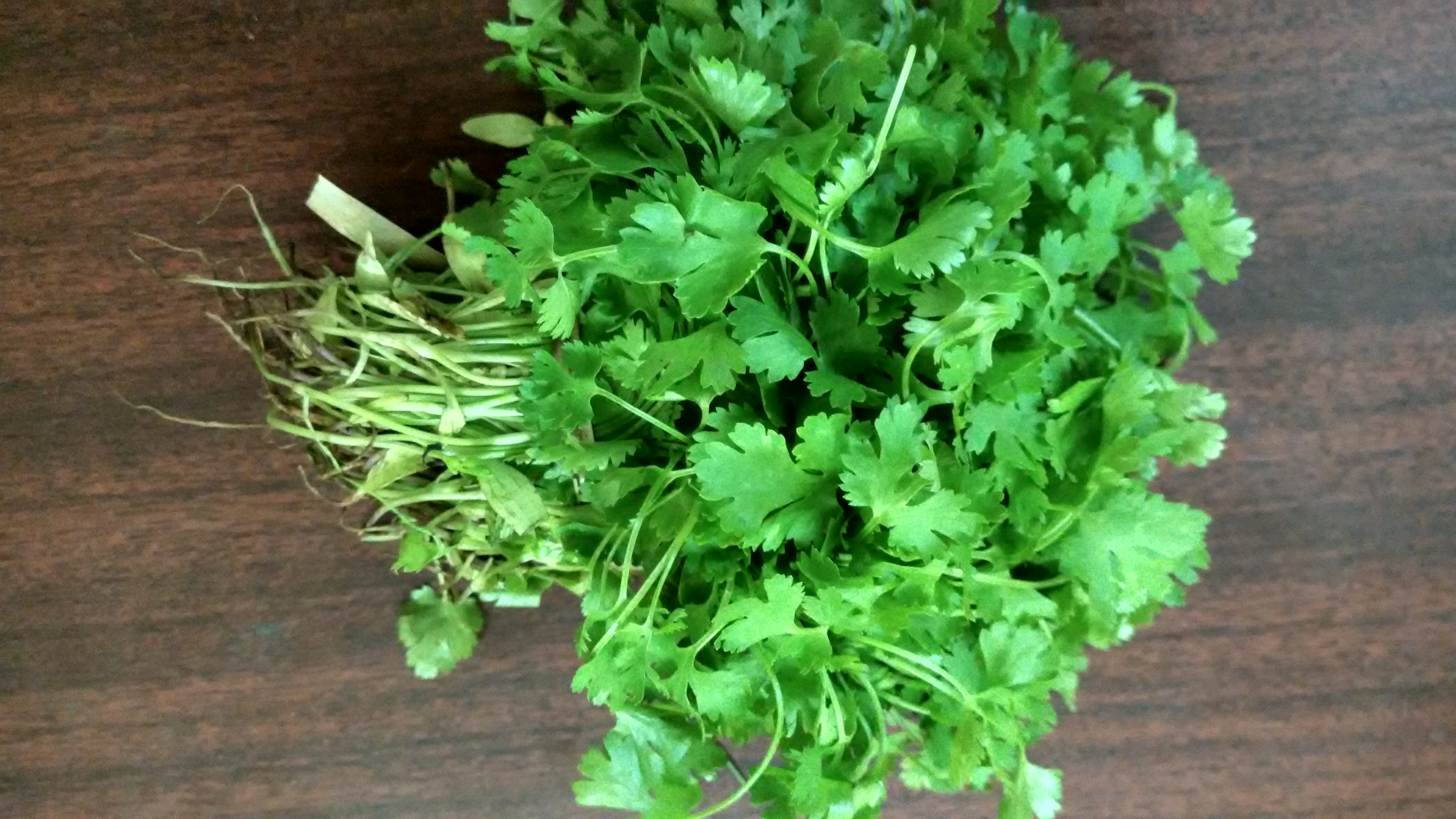 Apparently, “kothimbir” in Marathi, the local language, is the translation of cilantro (not coriander.) So I suppose they also use separate names for the herb and the powder/seed (dhania), like in the US.

The main point is that cilantro, coriander, coriander seeds, Chinese parsley, kothimbir and dhania/dhaniya. All come from the same plant.

However, keep in mind that even though they come from the same plant, they both (herb and seed) have different uses and also have different flavor and aroma. The herb is often used in Asian and Latin American cuisine, and the seed is often paired with cumin and cinnamon.

Now, when you google recipes from a different country than yours and coriander is an ingredient, you might want to make sure what they are really asking for.

You can also go share this interesting and surprising little food fact to your foodie friends. I thought it was. (Clearly, because I made a whole post about it).

Here are some great coriander/cilantro recipes for you:

And for the adventurous:

17 thoughts on “The Difference Between Coriander and Cilantro”