I have been told by strangers: “I bet your husband makes you laugh”; he was known as Sir Joshua at the Walgreens near our previous residence where he was actually once “knighted” at the cash register, and he once brought a life-size cardboard Sheldon (from the Big Bang Theory) to work. 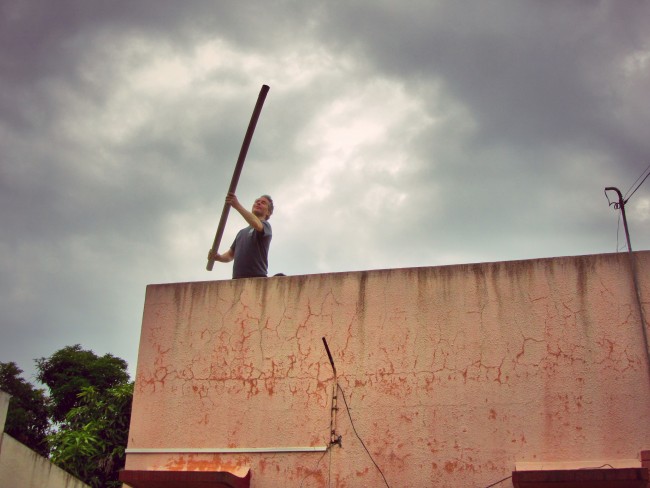 Sometimes I don’t laugh at his jokes, and sometimes I simply smile because they weren’t laugh-out-loud worthy, and when this happens he often yells at me: “that was funny!” and I have to explain that I did smile. But most of the time, he does make me laugh.

On the other hand, he never laughs at my jokes because they are mostly sarcastic (must be the British past-lifer in me) and he usually doesn’t get it’s sarcasm, and he usually just laughs at me instead of with me. But it’s okay, it works. Apparently I’m laugh-worthy weird.

So in his honor, I haven been collecting a few things that he has said that have made me laugh:

The sorrows of silverware

Me on chat: “actually, I have $42 apparently”
Hubby on chat:  “Well don’t tell anyone. I don’t want folks to think I married you for your money.”

Hubby: “I cleaned up my mesopotamia!” Talking about the mess he left on the counter.

I have a feeling he didn’t make those up.

How Trolls are made

This might be too much information, but we were in bed and I heard him fart so I quickly pressed the sheets down in between us to seal it in. I preferred doing so than letting it out and smelling it. Then hubby says:

Hubby in bed: “Did you know that’s how trolls are made? By not letting the fart out. When you trap a fart in the sheets you make a troll. Everybody knows that. They don’t teach you that in Mexico?”

Me: (eating something) “it’s sweeter than sugar”
Hubby: “Not like my love for you.”

At the movie theater

Hubby: “Is that chocolate between your legs or are you just happy to see me?”
It was chocolate.

Hubby: “I have a love-lukewarm relationship towards Cat Deeley, you know? Not love-hate.”

After checking the bank account online:
Hubby: “Why are you always buying groceries? It’s not like we need them.”

So the lessons here are: don’t separate silverware because they don’t like it, don’t trap farts in the sheets unless you like trolls, messes on the counter are called mesopotamia, and you don’t need food.