I fell in love with this recipe after I made it. With all the grocery store cereal being quite unhealthy, and I as a lover of cereal, I was very intrigued about this. It is absolutely delicious by itself and also topped with milk. It was also quite simple to make! I’m excited to share the recipe with you all. 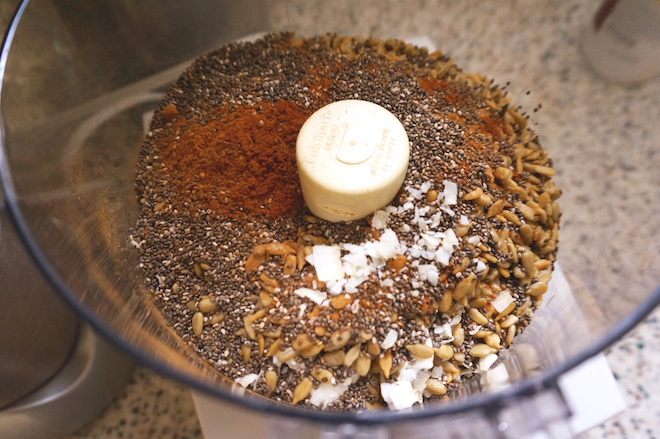 Then add sweetener and egg and mix well.

Roll thin on parchment paper. (I didn’t have a rolling pin so I used my olive oil bottle!) 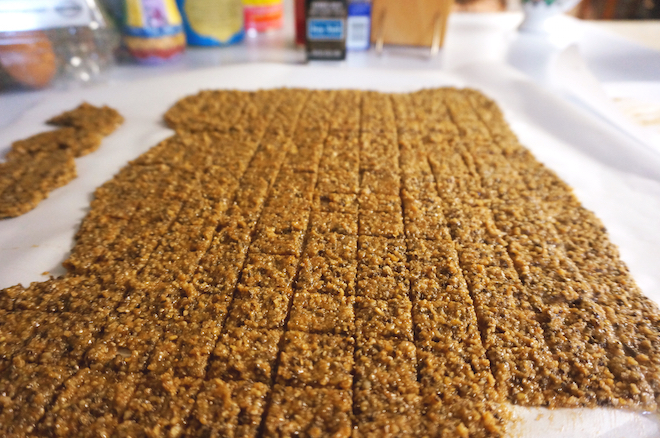 Snap into pieces and store in airtight container. 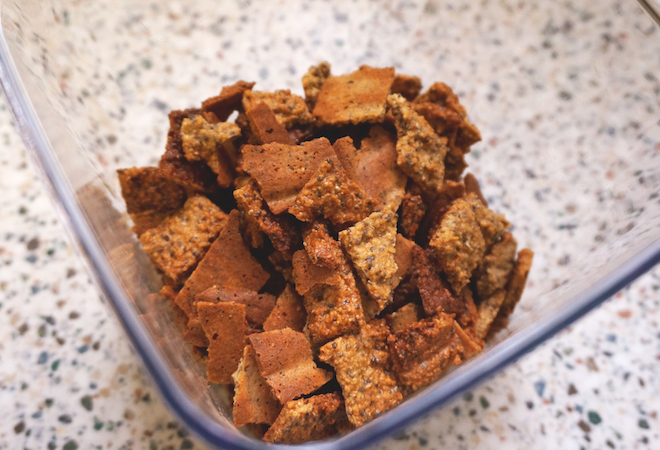 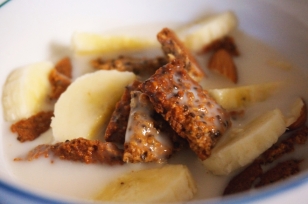 , blend the shredded coconut, sunflower seeds, chia seeds, cinnamon and sea salt.
3. Add the maple syrup and egg to the mix and blend well.
4. Place the mixture on a piece of parchment paper and cover with another piece of parchment paper.
5. Roll until you have a rectangle, roughly 8″ x 10″ and ¼” thick.
6. Remove the top sheet and pre-cut the dough into ½” x ½” squares with a knife or a pizza cuter.
7. Place the parchment paper on a baking sheet and cook at 325 F for 20 – 25 minutes until dark brown.

Store in an airtight container and serve with a splash of your favorite milk and fresh fruit or eat as is! They are very tasty on their own as tiny gingerbready sweet crackers. Try not to eat them all on one sitting.

Notes: for vegan options, I haven’t personally tried it but instead of an egg, I believe using a “flax egg” or “chia egg” would work too. To make these, mix either a tablespoon of flax meal or grounded chia seeds in 3 tablespoons of warm water, and let sit for about 10-15min in the refrigerator.

Instead of maple syrup, honey or agave nectar syrup would work too but I would use a bit less since agave is sweeter. 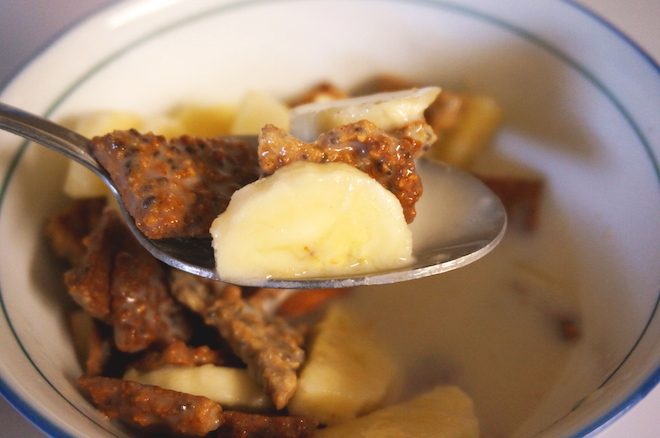