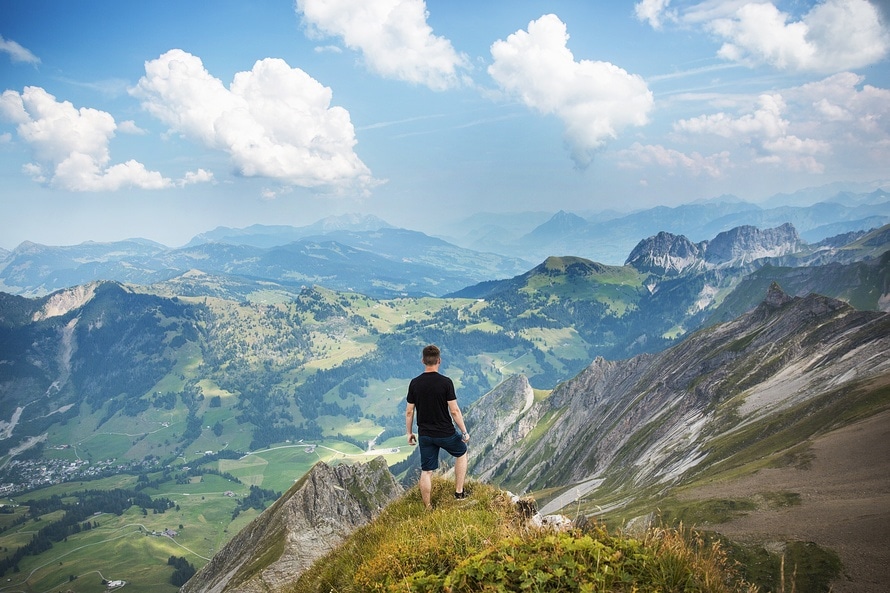 Humans naturally take for granted most of everything we have and if we think about it, we can’t imagine being without it, including any of our five senses. If you are fortunate enough to have all of your five senses working, I bet you haven’t even thought of how it would be to travel without any one of them. Can you imagine walking into a brewery in Dublin and not smell the hops? Or walking into a chocolate shop in Belgium and smell nothing?

Or can you imagine going to the opera in Vienna, or a concert in London without your hearing? How about going anywhere without sight?! Those stunning views from the Eiffel Tower, or from a chalet in the Swiss Alps, completely dark.

But even without sight, visually impaired people still travel and have amazing and memorable experiences thanks to the rest of their senses like touch, taste, smell, which are heightened from the lack of their visual sense. It becomes a completely different experience for them than those who can see.

It becomes all about the texture beneath their feet from soft sand to bumpy cobblestones; the intense smell of bread baking from a distance or the scent of a perfume shop; the sounds of voices in the crowds or the birds in a quiet and peaceful scene.

If you were wondering, below you’ll find stories from a group of people who’ve experienced the world with the absence of sight. Artist Alby Letoy interprets their words and turns then into illustrations. Check them out below:

George Wurtzel – woodworker and craftsman, blind since his teens

‘Riding a horse at a full run through the mountains of North Carolina, feeling the wind in your face, the power of a well-trained horse, smelling the mountain-laurel, hearing the pounding of your horses feet on the ground and having the thought that life cannot be any better than this.’

‘I visited Japan in mid-2012. I was amazed at the stark contrast between Tokyo and most cities I’ve visited in the U.S. The public transit was reliable enough to set your watch by, the people were extremely helpful, and the city itself was very clean, efficient and electronic. The cash registers would sometimes do the Mario coin collecting noise, and it sounded like there was an arcade on every other block.’

‘Stepping out of the airport in Melbourne Australia, I knew I was someplace different. The smells and sounds were completely unfamiliar to me, someone actually had to tell me that I was smelling eucalyptus and hearing tropical birds that are not native to the northeast of the United States.’

‘One day we went four wheeling. I’ve driven a snowmobile, jet ski, and a car, but never a four-wheel. I would describe myself as a brave person, but there was something so intimidating about driving a four-wheeler. You may be wondering, how does a blind person drive a quad? My friend with sight would sit behind me and tell me where to go. It was an amazing experience: feeling the wind whip past me, feeling the roar of the quad as I gunned the engine, and hearing the trees woosh as I zipped past.’

‘Rocking gently in a lobster boat on Penobscot Bay is sensory enchantment. The tang of the sea breeze, ospreys and gulls calling to each other overhead, the clatter and salt spray of a trap coming aboard and then the hard, smooth, living shell of a lobster as it squirms in my hands. This is the coast of Maine.’

‘Music camp set in the middle of the Adirondacks—a whole different energy from the city! As you approach the forest, the first thing you notice is the delicious blend of fragrances, then the cool air hits your skin as the canopy of trees shields the sun, while under your feet a carpet of pine needles puts a bounce in your step. The harmonies of birds, squirrels and insects is like music to my ears. I love pine trees because they are fighters–they survive where other trees can’t. I have a certain respect for that.’

‘It [Ho Chi Minh City, Vietnam] is noisy and bustling. There are street vendors hawking mangosteen, harem pants, cell phone cases; all calling out, “Madam, you like?” The air smells of sautéed crab and a little jackfruit. The rain ceases as suddenly as it begins. People and motorbikes are everywhere, driving on sidewalks, coasting past red lights. They tap their horns. There are thousands of them, crawling through the maze of streets like ants. But even in the chaos, we are all content because we know our destination is just around the corner.’

‘We climbed for an hour before reaching the tree line, leaving behind the smells of pine and the protection from the sun and wind, entering a desolate world dominated by the earthy smells of rock, scree, and snow. As we continued our ascent, the trail snaked its way up the mountain, getting steeper and more difficult with the final push to the top an exposed crest. Roughly the size of a two car garage, the summit of Mt. Elbert seemed tiny compared to the mountains enormous girth. Windswept, cold and barren, it was like standing on the surface of another planet. Other than the constant wind, I could hear no other sounds of life. I felt very small and privileged for the short time I was there.’