This week, an earthquake of 7.1 hit Mexico City and surrounding states. The epicenter was quite close so it caused a lot more damage than the 8.1 earthquake that occurred about a week earlier. The city is in shock, in crisis, and scrambling to help each other in any way they can. Many buildings collapsed, thousands injured, many missing, and hundreds dead. It was the deadliest since the destructive earthquake in 1985 that happened on the same day of the year!

Most of my family and friends live in Mexico City. My mom messaged me and called soon after it occurred but I missed her call because I was trying to get some sleep due to life with a newborn.

When I finally got ahold of her, she told me her story. She told me where she was when it happened and the damage caused in the 11th-floor apartment where I grew up. Fortunately all my friends and family are ok, but many weren’t as fortunate.

My mom showed me the aftermath inside. Paintings, photographs, figurines, fallen and broken, heavy furniture moved, doors open, and linens on the floor. A mess. Growing up in that apartment I lived through many earthquakes. In my whole 19 years of living there, I never saw so much damage caused, so I can’t even imagine what it actually felt like. Even the milder ones were always a scare because we could feel them pretty strongly. It was also always kinda scary because due to being on the 11th floor, during a strong earthquake there isn’t enough time to leave the building, so we would always simply go out to the balcony and “ride it out”.

Luckily, my mom didn’t have to go through that feeling as she was out and about in a parking lot when it occurred. My brother on the other hand, lives in one of the most affected areas and was in his apartment when it happened. He told me he truly thought he could die. He thought that if he didn’t get out in 15 seconds, he’d die. In shock and fear grabbed the cat and hurried outside. He’s ok and so is his apartment, but many buildings near him are gone or unhabitable.

Anyway, it has been inspiring to see how everyone is coming together to help each other. Volunteers are being turned away from some places as there is actually too much help. But help is needed in many ways nonetheless. Supplies, medication, prayers, donations, and night shifts are still needed.

With all this said, I’ve been inspired to write a letter to Mexico City, my hometown. Here it goes:

You were my home for 19 years and almost ten years later, you still make me feel at home whenever I come visit. I am grateful for that feeling. You are also home to my closest family and best friends. People I really cherish. I’ve yet to make any long-lasting relationships ever since I left. And though I don’t talk much or at all with a few of them anymore, they still hold dear in my heart and the memories we’ve made.

You showed me friendliness, and vibrant culture. You showed me color and joy. And you showed me Christmas spirit and faith. You also showed me how to have a good time and you provided me with the best food ever.

I went through good and bad and you always provided me with a place and a person to lean on. I’ve traveled far and wide and you still take the prize for having the best people (of course with a few bad apples). You can always see the good no matter how bad things get. And the food, have I mentioned the food? :p

Thank you for everything. Be strong. Stay positive. 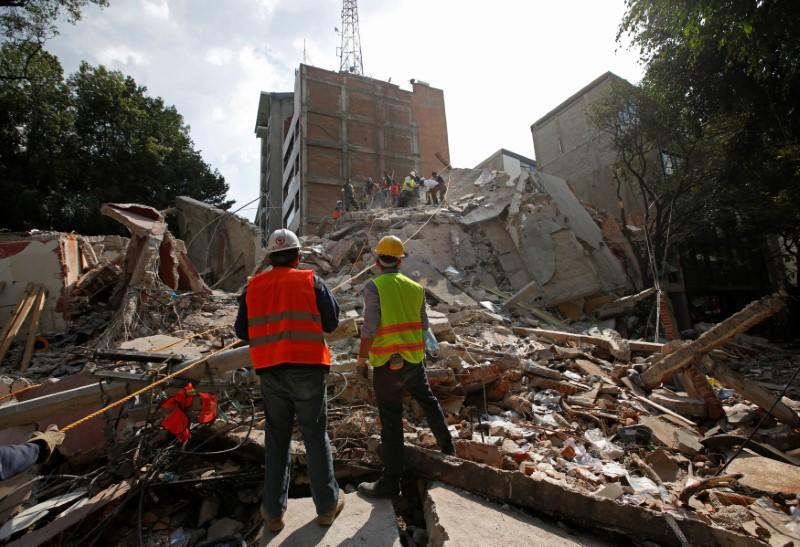 No matter where you are in the world you can help out with a donation in an easy and trustworthy way.

Diego Luna and Gael García Bernal are running a campaign to help restore Mexico City. You can donate here.

The Topos is a volunteer-driven rescue team that was formed during the 1985 earthquake in Mexico City. Since then, they have helped all around the world (Taiwan, New York, Iran, Indonesia in 2004, Italy in 2009, Chile 2010). Today they are rescuing and helping people in Mexico City again.

They are accepting donations through their Paypal: donativos@brigada-rescate-topos.org

Puerto Rico was hit with hurricane Maria yesterday and is in complete blackout. The whole island is without power and will take months to restore. There is severe flooding and damage. They can’t afford it. They are literally bankrupt. My heart goes out to them as well. I also have close family from there and some actually living there. I don’t know how we can help them yet. The news is still trying to find out and cover what is going on there.

True and genuine prayers are also helpful. For Mexico, Florida, Puerto Rico, Barbados, Dominican Republic, Houston, and any other country and city in the world suffering a major crisis.

We should all dig deep and be grateful for and appreciate what we have.