If you’ve been to India, you probably ate in India, and your food was probably served in stainless steel plates at least once.

When I lived in India and went shopping for household goods, I encountered all kinds of kitchen items: plates, glasses, pots, serving plates, food containers, cooking utensils… and most of them were silvery grey. Metal was definitely predominant over plastic, ceramic and glass.

It was also interesting for me that I simply did not find any knives, besides chopping knives. Only forks and spoons. I think this is because of the vegetarian culture in India.

Our kitchen looked more like a chemistry lab than a western kitchen we were used to.

Uses for food of metal or stainless steel in India:

Chai [tea] at our house in India was made by using a metal pot and metal tongs to hold the edges of the pot in order to strain the contents. We had no teapots or tea kettles or pots with handles.

Even food is transported in metal tiered containers called a tiffin box or dabba. This is the Indian “lunchbox”.

Mattar Paneer is a north Indian dish of paneer (the most common type of cheese used in South Asian cuisines) and peas in a lightly sweet and spicy sauce. It was one of the first dishes I attempted to make while living in India.

Kheer is a delicious Indian dessert made with rice, nuts and spices like cardamom and saffron. 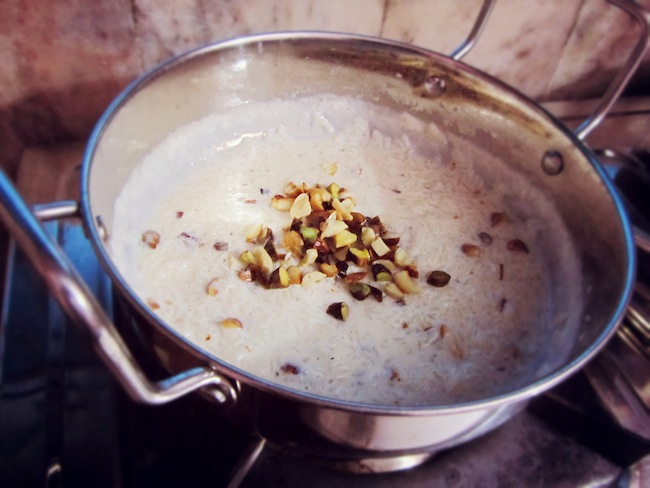 Stainless steel is also great for pizza night in India.

If you’d like to make your own, here is the recipe. 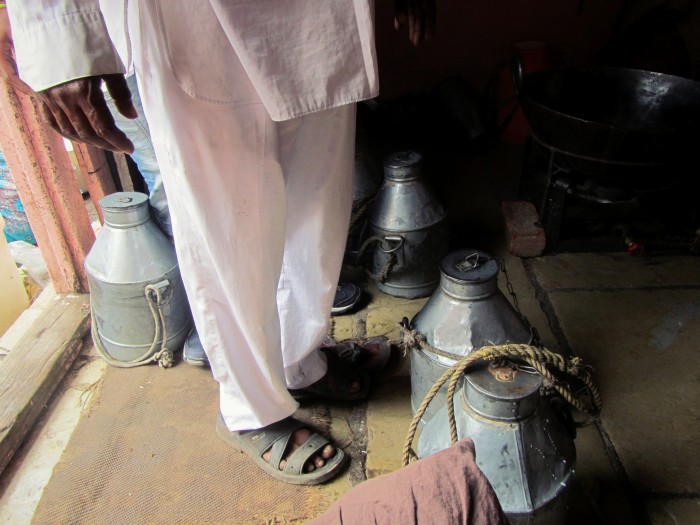 The doodhwala is the milk delivery guy. I got lucky to see this scene while I was out and about and some strangers invited me in for chai in their home. 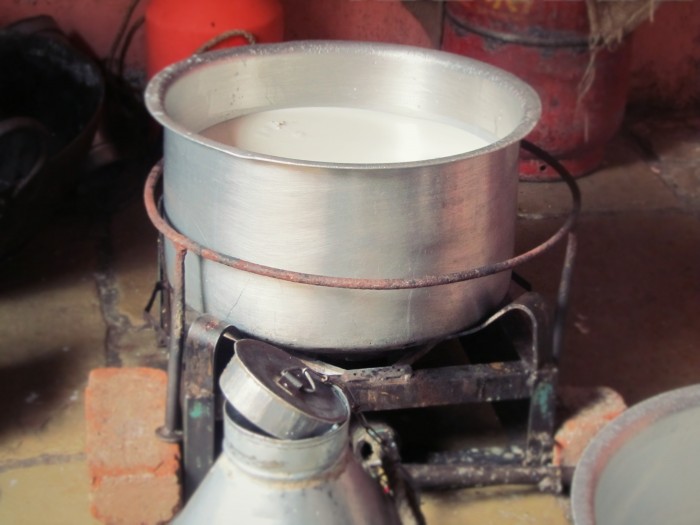 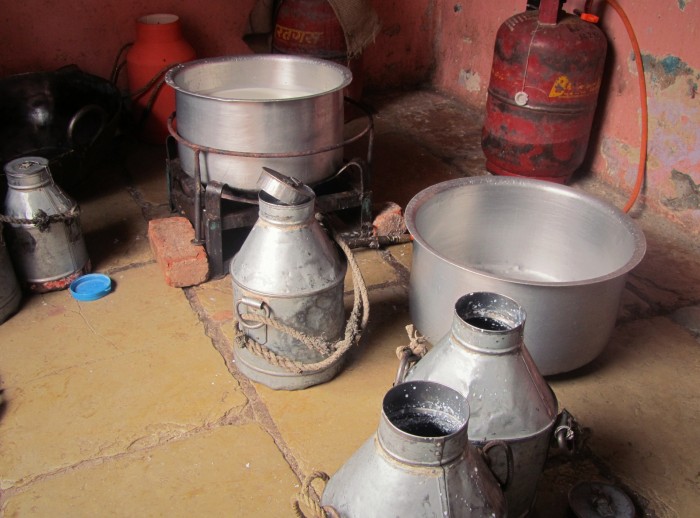 One time our cook brought a tiffin carrier filled with festival foods she had cooked for us including rice, Maharashtrian amti, papad, spicy potato fritters, and sweet puri. We had no idea that day was apparently Nag Panchami, a festival about the worship of snakes.

Shahi Paneer is an Indian preparation of paneer (cottage cheese cubes) in a thick sauce (Indians call it gravy) made up of cream, tomatoes and spices. It is a staple in North India and it is also the first Indian meal I attempted to make when we moved there.

I also gave it a go at making chapatis from scratch which were definitely not as good as our cook’s.

Having Chicken Night (or Mutton Night)

The next evening after moving into our first house in India, two Indian friends brought homemade Indian chicken dinner (made by one of their wives) to share and to eat after drinks and snacks. Meat is kind of a delicacy in this rural Indian town, so it is eaten on Sundays only. The gesture was repeated over a few weeks, and so it became Chicken Sundays at our house. I think they liked coming because they were allowed to drink beer at our house.

Serving Indian food outside of India

Sorry if I made you hungry for Indian food.