During the first day of summer, my husband and I spontaneously decided to drive to snowy Mt. Hood. Our plan at the beginning of the day was simply to go to Portland, have brunch, walk around and maybe go to the movies. Instead, we did have brunch at my favorite place in Portland and then decided to drive to Mt. Hood! 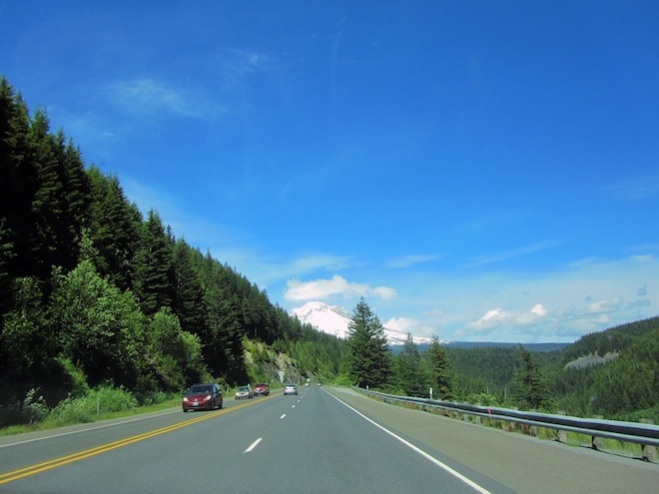 It was a little less than an hour and a half from Portland to the Timberline Lodge on the South side of Mt. Hood.

From Mt. Hood Hwy, it is a 6 mile uphill winding road to get to the Lodge. A pretty fun drive.

The Timberline Lodge sits at 5,960 feet (1,817 m) and is a National Historic Landmark which opened to the public on 1938. President Franklin D. Roosevelt dedicated the Lodge on September 28, 1937 with a speech about its potential before it opened doors. It is also noted in film for serving as the exterior of the Overlook Hotel in The Shining.

I had never experienced something like this… wearing sandals and shorts while standing at the base of a snowy mountain! Talk about an off-season activity.

Every other time in my life that I have been in contact with snow most of my skin was covered in clothes and it was cold. The contrast of being at a snowy mountain on the first day of summer was a new experience for me, and one that I really enjoyed. That’s my kind of summer!

Not sure why there was a Mexican flag, but I’m in.

I just love the crisp air of the mountains.

We only planned to spend the day there, exploring. But for a second time that day, we made a spontaneous decision and booked a room to stay the night. Actually, not we. While I was sitting outside, chilling, enjoying the view of the mountain, my husband left to use the bathroom and came back with keys to a room as a surprise. He literally booked the last available room for that night which happened to be a small room with bunk beds. It was cute and cozy. 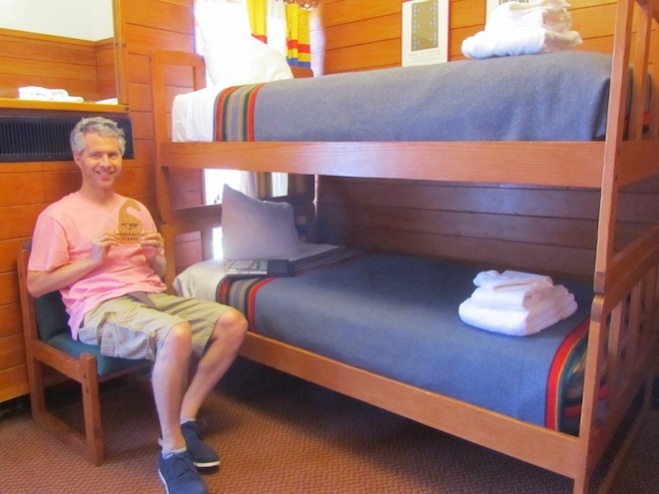 The lobby gave us toothbrushes, toothpaste, shampoo and conditioner. We had no extra clothes, no laptops, yes internet but no battery in our tablet (which we could only charge in the car), and no TV. Just us, a bottle of wine, and a mountain.

We couldn’t resist the hot tub so we unfortunately had to spend money on swimsuits from the gift store.

In the morning, we saw tons of snowboarders and skiers walking on the path from the photo above heading to the mountain. Apparently, there is skiing/snowboarding year long. Lots of Olympians train in this mountain.

Even though the lodge was really cool and I really had no complaints about it, we felt like it was way too pricey for what it was. Maybe it is because it’s a historical landmark but we wouldn’t stay there again just for the price. We also decided not to have dinner there for the same reason. Instead, we drove down the mountain and had dinner at the Mt. Hood Brewing Co. We enjoyed our dinner. 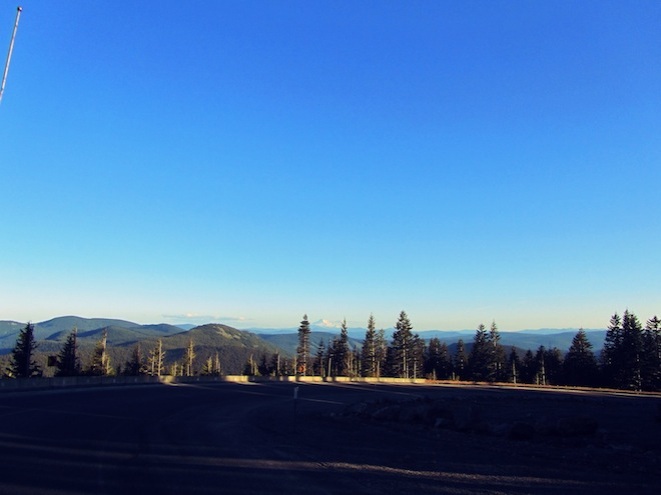 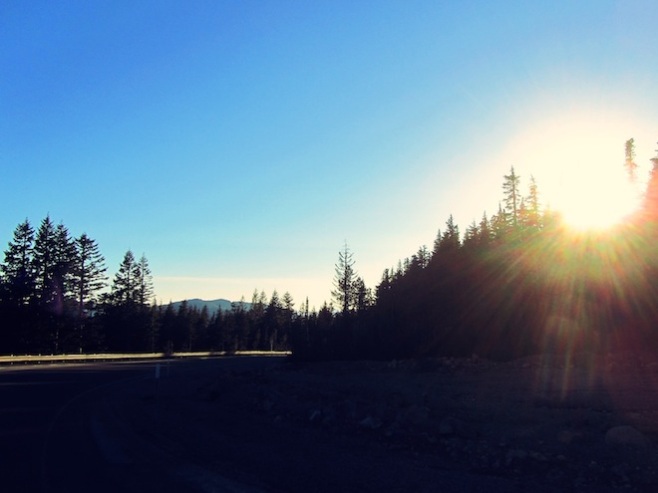 Next time we head that way we plan on camping at the nearby Trillium Lake or Mirror Lake.

Have you ever been spontaneous during your travels? How did it turn out?