A LOT has happened in my life since 2008: in no particular order, I lived in four different countries, got married, was homeless, adopted two cats, walked inside the Concorde, baked a pie from scratch, backpacked around Europe, started learning a new language, danced ballet at a major University, became a smoothie master, rode a scooter around India, made two short films, did aerial tricks by hanging on silk fabric, volunteered at a film festival, plus more.

So naturally, I have slept in many different beds and weirdly, I have pictures of a lot of them. Who knew those pictures would one day turn into a blog post and be shared with the world.

You can see my journey through beds. Travel by bed! Ready? Go!

Off to backpack through Europe. 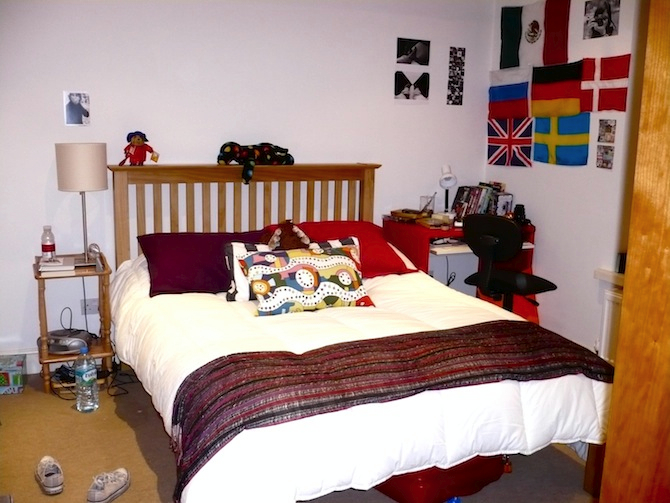 Foreclosed oceanfront efficiency in Myrtle Beach, SC. My husband and I lived here for about 6 months until we got kicked out. (not my picture, and not the same room, but very similar) photo source 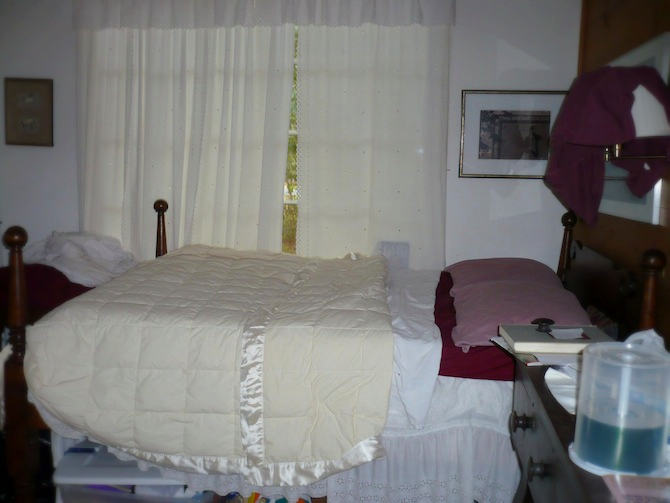 Then, we hopped in the car and drove from Florida to New Hampshire stopping in many places. We spent many nights sleeping in our silver Toyota Camry, and quite a few motels in places including: somewhere in Tennessee, Baltimore, Long Island, and finally a two-month stay in Laconia, New Hampshire.

Our loyal Toyota Camry. Various states in the USA. Sept- Nov 2010. The only picture I could find of it, when we got rear-ended.

Eventually, we drove back down to the Carolinas.

Mumbai, India. November 2010. I took a 10 day trip to India and missed my flight back to the US. I ended up sleeping in this “bed” for a night.

Durham, NC. 2011. The same apartment from two pictures ago, now with furniture and a real mattress.

Durham, NC. Nov 2011. Upgrade! We moved to a better apartment and stayed for a 9-month lease.

Durham, NC. July 2012. Upgrade again! We moved from an apartment to a two bedroom house with two kitties! 1-year lease. 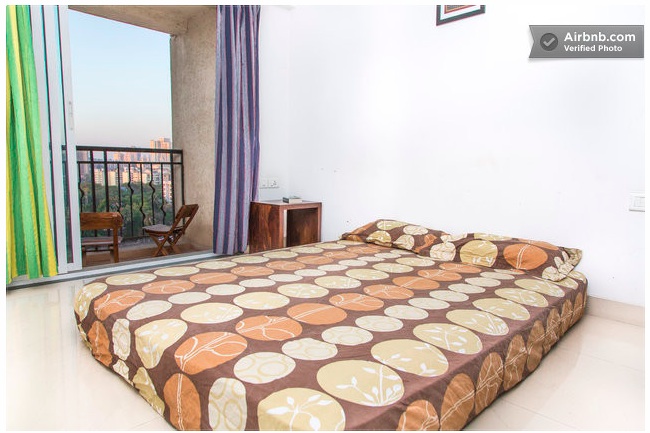 We went back to the USA to renew our Indian visas.

Portland, Oregon. September 2013. Our Airbnb room, the “Paris room” (currently been here for about 3 months.)

My favorite was our 3rd year in Durham with our kitties. Nicest place we’ve ever lived in.

“What’s up with all the scarfs and sweaters on top of the lamps?” you ask. We just like dimmed light, and that is how we weirdly achieve it.