We have now visited Mt Hood during summer in 2014, and during winter of this year. It has a very different atmosphere on each season and of course the temperature and the amounts of snow are quite different but it is always a treat. 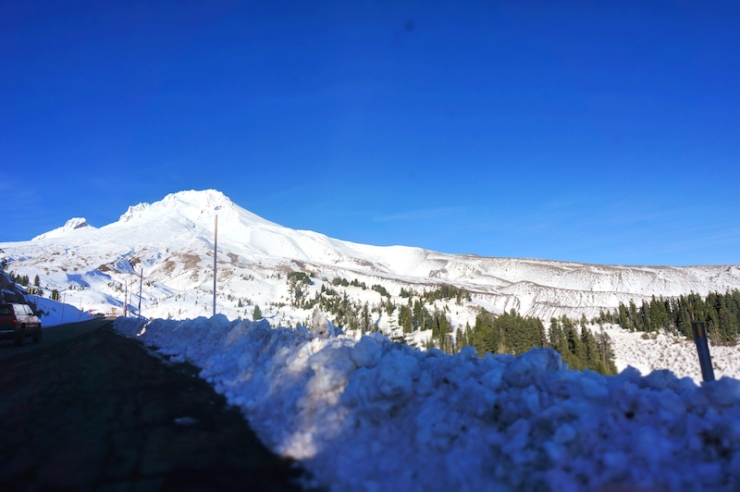 Mount Hood is the highest mountain in Oregon with an estimated altitude of 11,249 ft (3,429 m). Mount Hood is not only a mountain but a volcano that could erupt but it is considered a dormant volcano with low odds of an eruption (between 3 and 7 percent according to the USGS).

Both times we decided to drive up there were completely unplanned. This time we were celebrating our wedding anniversary a few days early by having brunch at our favorite place in Portland. We were planning on heading to the movies afterwards but it was a clear sunny day in the beautiful Willamette Valley and instead we decided to pay a visit to the Timberline Lodge in Mt Hood. 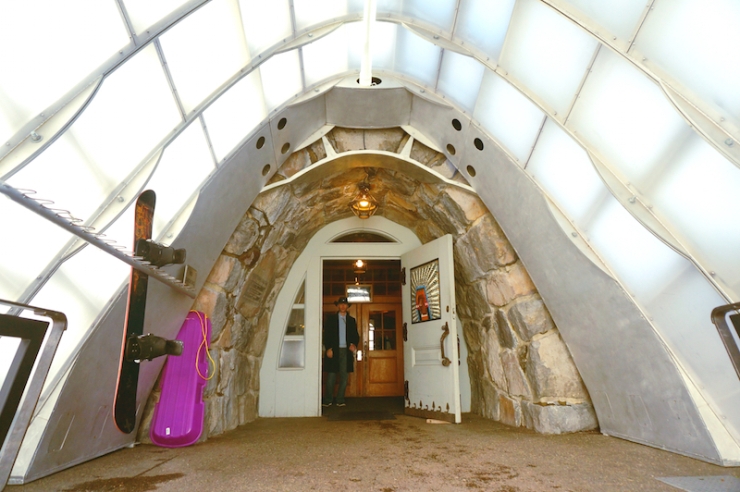 The Timberline Lodge sits at 5,960 feet (1,817 m) and is a National Historic Landmark and hotel which opened to the public on 1938. It is also known in the film world as it served as the exterior of the Overlook Hotel in The Shining.

There were many couples and many families with children, some walking, some sledding, some skiing, some chasing after their snowboard that decided to take a ride downhill by itself, some playing with the snow, and inside the lodge many were drinking big cups of hot chocolate smothered in whipped cream.

Being in the snow and the mountains recharges my soul.

There were a lot more people there than the time we went there during summer. The mountain was majestic like usual and after a little while of hanging out in the beautiful cold we decided to stop at Mt Hood Brewing Co. on the way back, a great place to get some great beer and food. We’ve been there twice and loved it twice. I highly recommend it if you’re in the area. It is conveniently located just off Hwy 26 at the west end of Government Camp.

If you are interested in hiking, check out the Mirror Lake Trail nearby.

Which is your favorite mountain in the world?

4 thoughts on “An Impromptu Winter Roadtrip To Mt Hood, Oregon”